Corridor Sands is a division of Neumann Contractors Pty Ltd which is based on the Gold Coast, and forms part of the Neumann Group of Companies. The Company has more than 60 years’ experience in dredging and sand mining. Corridor Sands Processing Plant is located at Woongoolba, adjacent to the Logan River, centrally located between Brisbane and the Gold Coast.

Our customers benefit from a reliable supplier, who works with them in a collaborative manner to add maximum value to their projects. Your project will benefit from engaging a reliable sand supplier who believes in direct and open communication with clients and delivering professional, friendly and prompt service.

The Corridor Sands Management Team primary role is to ensure that all order and deliveries run smoothly, on time and to the complete satisfaction of our clients. We do all we can to ensure the lines of communication between the client and Corridor Sands are maintained at all times.

Corridor Sands is a strong believer in free enterprise and business ethics. With this in mind it maintains a policy that Corridor Sands complies with the Competition and Consumer Act 2010 and does not participate in restrictive trade practices or anti-competitive conduct.

Alfred Neumann moved to the Gold Coast from Laidley in South East Queensland in 1922. As a cabinet maker and builder he eked out a meagre living building homes for locals before his entrepreneurial aptitude became apparent.  In 1948 Alfred and his eldest son Robert established their first company, Pacific Minerals, a sand mining and mineral processing company which produced rutile and zircon.  This Company continues to operate today under the name of Currumbin Minerals.

In the early fifties, Robert, Margaret, John, Peter and Bruce continued to follow in their parents footsteps by building primitive dredging equipment which supplied sand to the concrete industry and in particular the Little Nerang Dam Project.  This initiative founded both Currumbin Sand and Gravel and Neumann Dredging Company (now known as Neumann Contractors).

Complementing the original companies, Nucon Concrete and Nucrush Quarries commenced operations to service the growing demands from the construction industry.  In conjunction with the growing demand for concrete, the family zealously researched construction products and market opportunities, which led them to explore the reinforced steel industry in Europe. Returning to Australia, the family built their own reinforced steel plant in its current location at Currumbin.  To this day Neumann Steel produces products such as Ribmesh and Ribwire which are utilised in construction projects all around Australia.

Corridor Sands commenced operation at the sand rich Woongoolba site in early 2009. This site was specifically chosen for the quality sand available and its prime location between the Gold Coast and Brisbane.

The Neumann Companies have helped shape the Gold Coast.  Over many years they have constructed hundreds of kilometres of canal developments, established quarries and provided concrete and rock products to varied industry groups.  This foresight and vertical integration ensures the successful expansion and ongoing success of the Neumann Group of Companies.

The family’s entrepreneurial spirit continues as many 3rd generation family members continue to guide and be employed in this family group.

The Neumann Family believes the success of the Group is predominantly due to the emphasis placed on innovation, the expansion of product ranges and the quality and dedication of its employees.

The health and safety of our people is of the highest priority and cannot be compromised. Our objective is to have a workplace free of incidents and injuries.

Corridor Sands is committed to maintaining a safe and healthy workplace for all our employees. The continuous improvement of occupational health and safety in all areas of the Company’s activities.

We recognise the importance of creating a culture that accepts zero harm as the norm, where every employee takes personal responsibility for working safely, and for the safety of his or her workmates. 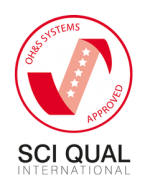 Corridor Sands has a comprehensive Quality Management System in place. This system ensures that our sand mining and processing plant delivers high quality outcomes and always meet our client’s standards and project specifications. This is achieved through our detailed planning, implementation, testing and review processes which enable our team to consistently demonstrate a high level of quality on all of our sand products. 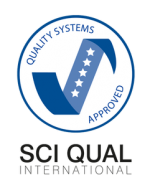 Caring for the Environment

Corridor Sands is meeting the 21st century challenges for sustainable construction practices in a proactive manner and is proud of its ongoing commitment to the environment.

The company’s environmental management system is certified to AS/NZS ISO 14001:2015, giving clients and the community peace-of-mind that sensitive projects are managed to the highest standards.

Our strong relationship with both expert consultants and regulators is built on Corridor Sands innovative approach to achieving project objectives.

In recognition for their innovation and commitment to environmental best practice, Neumann Contractors have received both a National and State Case Earth Award for Environmental Excellence, and UDIA Awards. 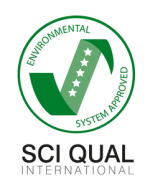 Visit the websites above for more detailed information on our services.